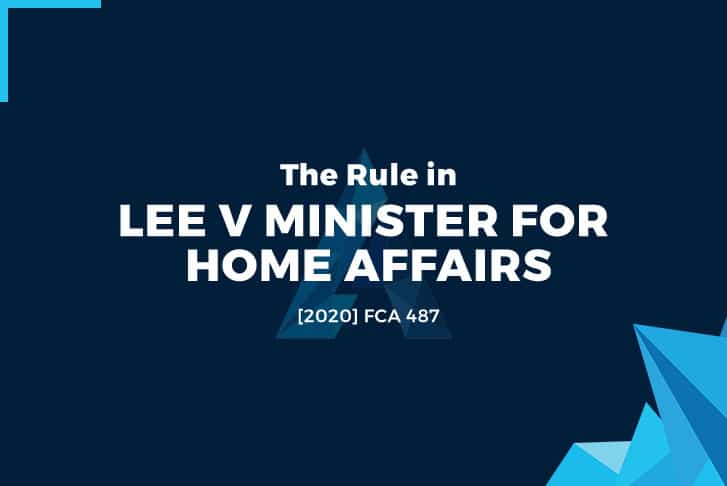 The applicant applied to the respondent for evidence of his Australian citizenship, but that was refused by a delegate on 24 September 2018. That applicant’s application for internal review of that decision was rejected on 25 June 2019.

It was well settled at common law that naturalization could only be achieved by Act of Parliament — even action by the Crown under the prerogative could not give an alien the status of a British subject: Blackstone, op. cit., p 374; Chitty, Prerogatives of the Crown, pp. 14–15; Holdsworth, History of English Law, vol. IX, p 76. The common law rules as to alienage were no doubt feudal in origin, but there is nothing antiquated in the notion that a person’s nationality is not changed by length of residence or by an intention permanently to remain in a country of which he is not a national. There are strong reasons why the acquisition by an alien of Australian citizenship should be marked by a formal act, and by an acknowledgment of allegiance to the sovereign of Australia. The Australian Citizenship Act validly so provides.