In 2015 award-winning film The Big Short, Steve Carell and Christian Bale star in a tale about the greed and systemic risk surrounding the US subprime housing bubble and how it led to one of the most painful housing crashes in history. Australian housing market is returning to something resembling normalcy in two big ways. Using […] 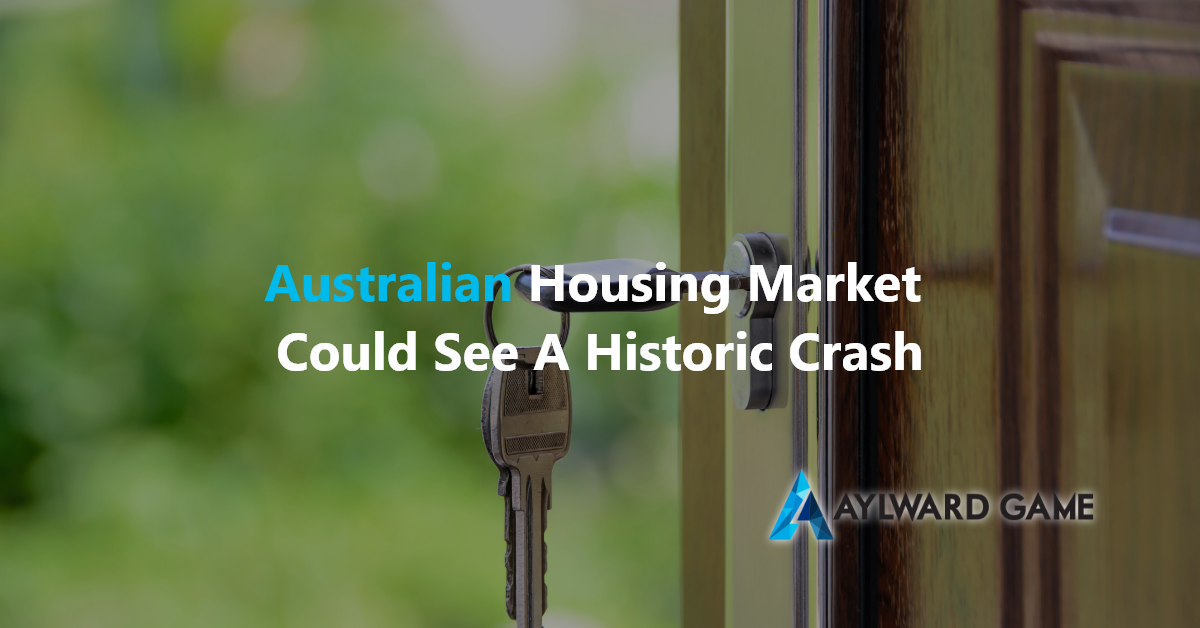 In 2015 award-winning film The Big Short, Steve Carell and Christian Bale star in a tale about the greed and systemic risk surrounding the US subprime housing bubble and how it led to one of the most painful housing crashes in history. Australian housing market is returning to something resembling normalcy in two big ways.

Using celebrities such as Margot Robbie and Selena Gomez to explain some of the more abstract concepts of finance and real-world examples such as an “exotic dancer” having five investment properties, the film painted a picture of American greed and regulatory failure.

The American subprime lending bubble and the eventual housing crash has become a cautionary tale the world over. In the years since, Australians have often liked to comment on how we are different, whether it’s around a backyard BBQ or a high powered CEO addressing the media.

It’s no secret that Australia has one of the highest levels of household debt in the world. In fact, as of the most recent comparable data, we have almost 50 per cent more debt than the Americans did during the absolute height of their pre-global financial crisis debt binge.

But this is nothing new. Australians have carried more household debt than Americans for the past 20 years.

However, with the advent of the coronavirus pandemic and more than five million people being supported by the government’s JobKeeper or JobSeeker programs, there are signs that the Aussie property market may be following the same trajectory as the Americans did during the GFC.

PEXA, an E-conveyancing firm made up by the various privatised land registry offices, recently authored a report into the direction of housing prices in our two most populace states, New South Wales and Victoria.

According to PEXA, from the start of the year until the end of September, housing prices in NSW are down 9 per cent and in Victoria, prices were down a whopping 14 per cent. Commercial property in NSW also fared extremely poorly, with prices down 14 per cent in the first nine months of the year.

Price drops of up to 14 per cent paint a pretty concerning picture for the nation’s property market, but how does it compare with The Big Short’s housing crash?

According to the preferred benchmark, the Case-Shiller National House Price index, in the first nine months of the American ‘Great Recession’, housing prices fell by 6.6 per cent.

Put into contrast with the numbers provided by PEXA for property price falls in NSW and Victoria, the falls they are experiencing are disastrous.

In NSW, prices are falling 37 per cent faster than America’s were when they were crashing in 2008. For Victoria, the numbers are even more concerning, with prices falling at more than double the rate of the US housing crash.

For a nation like Australia that eats, sleeps and breathes property and property investment, these figures are practically blasphemous. Even with more than 3.5 million workers being supported by JobKeeper, hundreds of thousands of mortgages and business loans in deferral and unprecedented support from the Morrison government, PEXA’s data shows prices falling at an alarming rate.

But amid the storm clouds, a break in the weather may be looming on the horizon, if only for a little while.

In September, housing prices in NSW showed a near 1 per cent gain for the month. However, PEXA’s report also warned that “scaling back labour market support would likely put further downward pressure on house price growth and housing activity in the medium term.”

Before today, it’s likely you may not have heard of PEXA. But with the company processing 20,000 property transactions every week, it provides an extremely rich and comprehensive data source for Australian housing price data.

However, where PEXA differs from other housing price data providers, is that it provides the median price for all transactions within a given period. It, therefore, provides a very broad overview of a state’s property market rather than the more targeted approach that takes into account significantly more variables, often down to the single property level.

Whether PEXA or one of their other competitors provides the most accurate snapshot of a state’s property market is a question for the statisticians and market analysts. But it nonetheless has provided a great deal of food for thought for any and all interested in outcomes for the property market.

If PEXA’s data is correct and NSW and Victoria’s property markets are falling significantly faster than American property during the Global Financial Crisis, then the Aussie property market may be at risk of a historic housing crash.

With the conclusion of JobKeeper for its 3.5 million recipients still to come, along with the end of loan deferrals for hundreds of thousands of borrowers, it’s possible that without further intervention from the Morrison government, prices may continue to fall.

It’s important to keep in mind that the economic aspect of the coronavirus crisis was largely stopped in its tracks in much of the world, through the power of around tens of trillions of dollars in global stimulus.

Now as that stimulus runs out and much of the Northern hemisphere heads back into some degree of lockdown due to the explosion in COVID cases, it’s possible we could see a perfect storm of international factors impacting our banks and property market in the months and years ahead.

Whether high Aussie property prices will survive yet another global crisis relatively unscathed through the power of government and RBA intervention remains to be seen.

But if PEXA’s warnings of housing prices declining further in the medium term prove to be accurate, it may only be the beginning of the pain for property owners.

In this current economic climate forecasting, the property market is challenging to say the least. With the likelihood of further government intervention to prevent price falls, it becomes even more problematic.

Ultimately, if a convergence of global and domestic factors all come together to form a perfect storm for the property market, these existing price falls may only be the beginning of The Big Short of the Aussie housing market.

You may also find this article helpful Property Law