Child custody disputes fall under the Family Dispute Resolution umbrella (FDR) in Australian law. Family dispute resolution involves a host of services offered by legal entities and other organisations, which are designed towards helping separated couples resolve issues affecting them and their families. This section will uncover the truths behind the process of resolving child custody disputes. 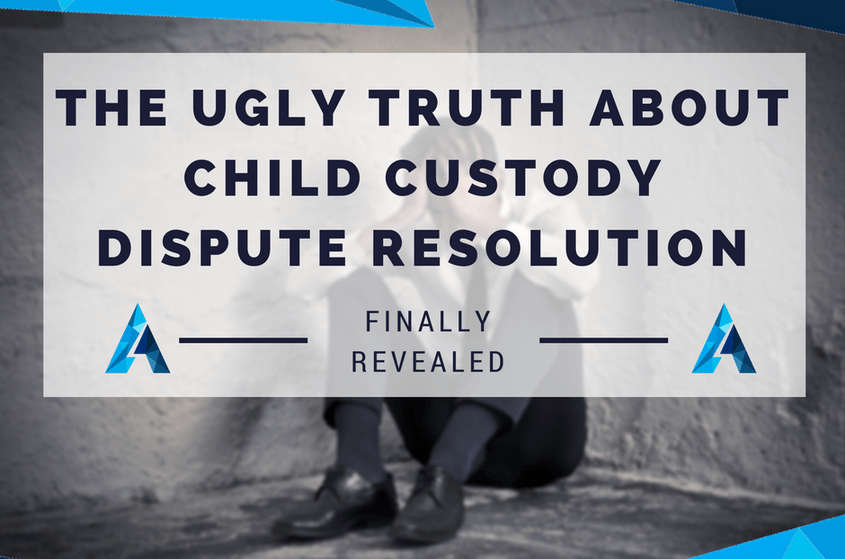 Child custody disputes fall under the Family Dispute Resolution umbrella (FDR) in Australian law. Family dispute resolution involves a host of services offered by legal entities and other organisations, which are designed towards helping separated couples resolve issues affecting them and their families. This section will uncover the truths behind the process of resolving child custody disputes.

It Starts With Mediation

Conflicts involving child custody are often addressed under mediation, which is a form of alternative dispute resolution. Mediation is a voluntary process, but it is often required before your custody case is resolved in a family court in Australia. In fact, you can only file a case with the family law court after you receive a certificate that states you made a genuine effort towards resolving the custody dispute, but you were unable to arrive at a resolution with your partner. Certain exceptions to this requirement do occur, such as the risk of family violence, geographical challenges or if the matter is urgent.

During the mediation process, a neutral third party with knowledge of the law helps the conflicting parents arrive at an agreement regarding custody of the children.

During dispute resolution, the mediator plays several important roles towards helping both parties to arrive at an agreement. These include:

If the mediation process helps both parents to arrive at an agreement, this should be put in writing and designated as a parenting plan. This plan, which should be signed and dated by both parties, can cover multiple areas ranging from child support and time spent with the child, to an outlined process for making changes and resolving disagreements. Parenting plans can also be made legally binding by having the court review it and make it into a consent order.

Shared responsibility does not necessarily mean equal time spent with the child. It also does not apply to cases where child or family violence has occurred.

Time Spent with the Child

During a custody dispute, one of the top issues of contention is how much time each parent will spend with the child. This issue is determined under the family dispute resolution process where both parents are urged to negotiate an agreement as to how the time with the child will be shared. Terms of custody negotiation does not necessarily equate to both parents spending equal time with the child. It also doesn’t have to be similar to a property settlement.

If the negotiation process fails, the court will determine a time arrangement that best serves the interests of the child.

Decisions are made in the best Interests of the Child

Throughout the dispute resolution process, all decisions should be made in the best interests of the child. If the custody dispute ends up in court, the judge will consider factors surrounding the dispute and make a decision that is in the child’s best interests.

The court considers factors such as the child’s preferences based on his/her age and maturity level, the relationship the child has with each parent, the ability of each parent to provide for the child, and extenuating circumstances such as family violence.

The ugly truth about any child custody battle is that unless properly handled, by trained professionals, one of the biggest victims is the child.

Call now and speak with an experienced lawyer on 1800 217 217 or email mail@www.aylwardgame.com.au for more information.